When in doubt of how to describe a woman’s body, take “should” out of your vocabulary

What should a woman look like? That’s a loaded question, right? Its potency doesn’t diminish when asked about a man, either. “Should” needs to be taken out of the question and re-direct the focus on health, strength, confidence and acceptance of herself and others.

Photographer Howard Schatz filled his 2002 book Athlete with images of professional athletes to fill an interest he had in the varying human form. One of his photos popped up again more recently (2013) in a Huffington Post article, which has nearly 30 professional female athletes standing side-by-side in black, two-piece undergarments. The wide-angle shot displays the female form in all different shapes, colours and body types while also shattering the idea of what a woman “should” look like. There is a 6-foot-three-inch tall, 210-pound woman standing next to a 5-foot tall, 97-pound woman, for example, and neither fit into the “perfect model” body image stereotype, yet both are professional athletes. 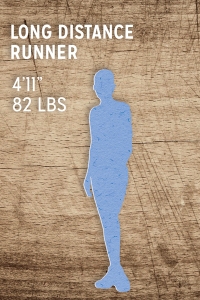 In an on-court interview this January at the Australian Open, Canadian tennis player Eugenie Bouchard was asked to give the crowd a twirl and talk about her outfit by an interviewer. Bouchard, ranked No.7 at the time, did as asked with a shocked look and polite twirl. The same interviewer asked her, a year prior, who her ideal date would be if she could date anyone in the world.

Bouchard is tall, blond and beautiful, which somehow affects the questions interviewers feel are appropriate to ask her, a professional athlete.

Two other powerful female tennis players – Serena Williams and Taylor Townsend – have their looks and body shape publicly questioned, as much, if not more than their athletic ability. For Williams, a multiple Grand-Slam tournament champion, the media’s attention tends to be about her muscle mass. In 2006, Telegraph columnist Matthew Norman referred to her body as “chunky” and suggested her breast size impaired her mobility and would likely hinder her career.

For rising U.S. tennis star Townsend, 19, she was asked to sit out of the U.S. Open Junior tournament in 2012 by the U.S. Tennis Association (USTA) because of her weight. When word of this spread causing public outrage, a USTA representative defended the decision with the explanation that the Association was concerned for Townsend’s long-term health and long-term player development. At the time, she was 16 years old and ranked No.1 in the world for junior girls. Townsend went to the 2012 U.S. Open Junior Tournament anyway, that her mother funded because the USTA wouldn’t, and got to the singles quarterfinals and won the title in doubles.

Generic Female Weight Lifter Body Facts: There are seven categories for women and junior women ranging from 106 pounds to 165+ pounds. Because of the wide variety of competitive weight classes, an athlete’s weight is the most significant factor in this sport. Many athletes (and coaches) need to make a conscious decision before a competition to either lose weight and compete against smaller athletes with the potential of not feeling as strong, or to maintain or add weight to move up a weight class. Weightlifters need explosive strength so they can lift up to double their body weight in a fast sequence of movements over their head. Wrists, forearms and upper arm strength are important to hold the bar and pull and then push the weight up; core strength is important to keep the body upright and prevent injury; and leg strength is important to assist the the arms in getting the weights up and over their head.

Generic Female Figure Skater Body Facts: Typically, female skaters are not tall and do not weigh very much and benefit if they have shorter limbs. All these attributes help with their ability to spin faster, have better overall body control and if they are a partner in a duo, they can be lifted easier. Their muscle mass is in their lower bodies to propel them up for jumps, but they don’t usually have too much bulk as that can backfire with their jumping abilities.

Time For Change
Body related questions and opinions are somehow considered newsworthy when female athletes are featured, but these topics would rarely be asked of male athletes on the court, field or ice during a media scrum.

Some athletes and organizations are fighting female stereotypes that suggest they wear certain clothing, match certain body dimensions, always show pleasant facial expressions and exude politeness. If you’ve ever played a competitive sport, or pushed your body beyond what you thought it could do, saying nice things is definitely not top of mind, nor is wearing something that hampers your performance.

A campaign called #CoverTheAthlete made a video of professional male athletes being asked the same questions female athletes were asked at some point in their careers. Reporters talk about dating, waxing, weight gain and more and the males’ reactions show how ridiculous and inappropriate the questions are. But even more important, it reveals how commonplace these questions are during interviews with women, athletic or not, and how okay many of us have become to it, rather than challenge it. Instead we choose to be polite, giggle and give the crowd a twirl.

It may be easier to start changing body image perception in the world of sports because speaking of function over form is literal and makes sense. In this active world, the body is trained to respond with strength, agility, grace, power, whatever an athlete’s tasks require and therefore, the athlete’s focus is on performance and being the best at her sport, not how thin she is. The visible results of training vary, and that is okay, which is exactly what Schatz’s photo sums up in one quick glance.

Women’s Running magazine put a teen, plus-size model and runner of 10 years – Erica Schenk – on its August cover. That specific issue got a lot of social media attention and was mentioned in numerous other publications as well. Most comments were supportive with a “finally” undertone to them.

What is Body Image and How Does it Affect Non-athletes? People create a body image based on the memories, assumptions and generalizations they have of themselves. It includes weight, shape, colour and height, but all of that is subjective to one’s mind’s eye.

According to the Canadian Women’s Health Network (CWHN), many girls today start dieting as early as age five and six. Eating disorders (i.e. anorexia and bulimia) develop as often as one in 10 girls and women due to stress from peer pressure, family history, education, stage in life, ethnic/ cultural/ social status and the media.

The average women, according to CWHN, is 5-foot-4-inches and 148 pounds, while most models are taller and weigh about 23 pounds less than that. And, as we know, even models’ photographs are Photoshopped before they are published. Body image is man-made.

… when we think about what women should look like, we need to start by taking “should” out of the question. 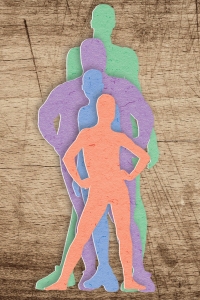 According to the Dove self-esteem project (http://www.selfesteem.dove.us):
Beauty-related anxiety is an important issue among young people world-wide:
– One in three, six-year-olds in Japan experiences low body confidence
– More than 110,000 girls in Brazil underwent cosmetic surgery in 2009.
– Globally, six out of 10 girls opt out of important activities because of concerns about their looks.
– Studies in Finland, China and the U.S. showed how body image impacts academic performance because girls who thought they were overweight, regardless of their actual weight, had lower grades.
– 17% of women claim they won’t go to a job interview and 8% miss work on days when they feel bad about the way they look.

To have success, you grow from falling down sometimes. That is life. And there is rarely a time that you need to go through the experience alone. You have a community somewhere. Lets huddle up and grow together.

What We’ve Been Up To